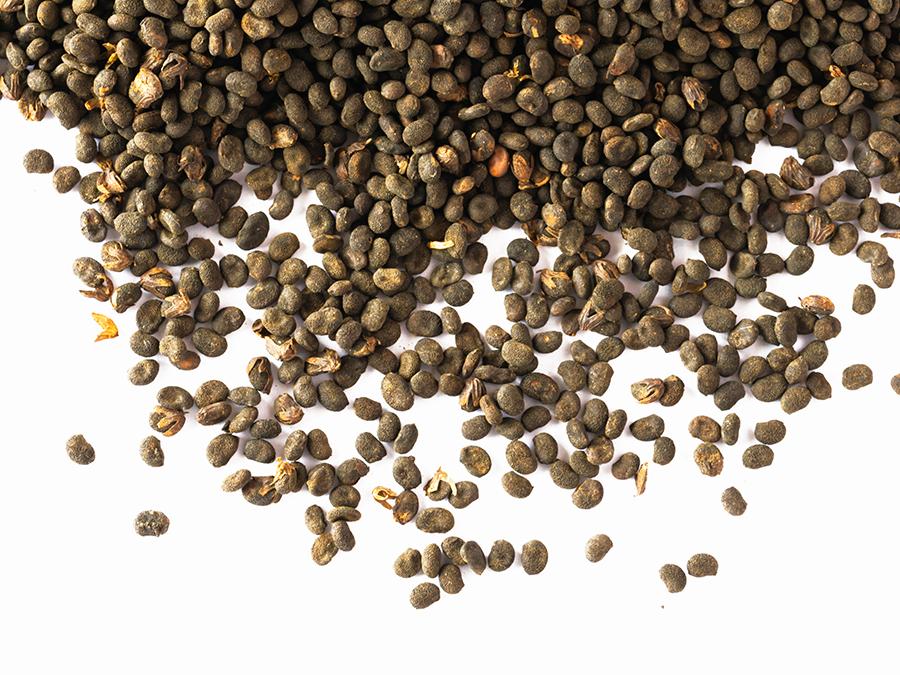 Dubbed ‘nature’s retinol’, it’s worth investigating the properties of this acclaimed plant-based ingredient and how to incorporate it into your skincare routine.

The Bakuchiol used in skincare is extracted and purified from the seeds of Psoralea corylifolia, a legume that grows wild in India and China. Care needs to be taken in the extraction process as Bakuchi, the crude oil from the seeds, contains photocarcinogens known as psoralens – compounds for which the plant was named. Bakuchiol makes up about 1.6% of Bakuchi oil. Esse uses a 99% pure Bakuchiol.

Over the last few decades, retinol has become a go-to ingredient for anti-ageing results due its efficacy in addressing a number of ageing skin concerns. Its toxicity and side effects mean that it comes with some risks though. It is unstable in sunlight and can cause dryness and irritation on skin. The key advantage of using bakuchiol over retinol is that these side effects are absent and it is photostable, so can be safely used during the day without risk of instability or toxicity.

Based on new studies, there is no statistical difference in improved wrinkle depth when comparing bakuchiol and retinol, with both ingredients tested at 0.5%. The same can be said for improvement in hyperpigmentation associated with ageing. As added benefits, bakuchiol reduces redness and skin roughness – both side effects often associated with the use of retinol.

Bakuchiol has also been shown to protect mitochondrial functions against oxidative stress and also to increase ATP synthesis, which releases more energy for cells.

Matrix Metalloproteases (MMPs) play a major role in collagen degradation and bakuchiol is far superior to retinol at inhibiting these.

Bakuchiol’s ability to mitigate inflammation is key to both its anti-ageing and anti-acne activity. From an ageing perspective, chronic inflammation eventually exhausts the body’s defense system, resulting in collagen and elastin degradation and the collapse of barrier function. Bakuchiol downregulates many pro-inflammatory genes in skin cells to reduce inflammation.

An interesting side-note … at high concentrations retinol stimulates inflammatory genes but this effect is not seen with the use of bakuchiol.

All in all, Bakuchiol is an ingredient Esse is excited to include in the Resurrect Serum, a launch that has been formulated to actively address ageing in sensitive skin.

Microbiome skincare products – what to look out for
30 January 2023

All the questions you need answered by Esse!
18 May 2022
Recent Posts
Go to Top
We use cookies on our website to give you the most relevant experience by remembering your preferences and repeat visits. By clicking “Accept All”, you consent to the use of ALL the cookies. However, you may visit "Cookie Settings" to provide a controlled consent.
Cookie SettingsAccept All
Manage consent

This website uses cookies to improve your experience while you navigate through the website. Out of these, the cookies that are categorized as necessary are stored on your browser as they are essential for the working of basic functionalities of the website. We also use third-party cookies that help us analyze and understand how you use this website. These cookies will be stored in your browser only with your consent. You also have the option to opt-out of these cookies. But opting out of some of these cookies may affect your browsing experience.
Necessary Always Enabled
Necessary cookies are absolutely essential for the website to function properly. These cookies ensure basic functionalities and security features of the website, anonymously.
Functional
Functional cookies help to perform certain functionalities like sharing the content of the website on social media platforms, collect feedbacks, and other third-party features.
Performance
Performance cookies are used to understand and analyze the key performance indexes of the website which helps in delivering a better user experience for the visitors.
Analytics
Analytical cookies are used to understand how visitors interact with the website. These cookies help provide information on metrics the number of visitors, bounce rate, traffic source, etc.
Advertisement
Advertisement cookies are used to provide visitors with relevant ads and marketing campaigns. These cookies track visitors across websites and collect information to provide customized ads.
Others
Other uncategorized cookies are those that are being analyzed and have not been classified into a category as yet.
SAVE & ACCEPT